SANTA MONICA PLAYHOUSE
Search
THE HEBREW HILLBILLY – Fifty Shades of Oy Vey
A Special Online Performance!
Celebrate Passover with Shelley, with a special Passover celebration as part of the show.
Proceeds go to support the Playhouse as their doors remain closed due to COVID-19
It’s a musical rock n' roller coaster ride, filled with humor and pathos, served with cornbread and cleavage.
A fabulous evening of theatre with Ms. Fisher, and support for the Playhouse – it’s a Win! Win! Win! 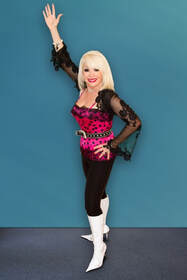 Streaming on-demand
(previously recorded on December 17, 2020)
Tickets: $20 per household
Proceeds support the Santa Monica Playhouse as they remain closed due to COVID-19
Click the BUY button below and follow prompts to access the video! Make it "full screen" for full enjoyment. Enjoy!
Santa Monica Playhouse Reserves the Right to Cancel or Reschedule Performances Without Prior Notice. Please Contact us to Confirm Show Dates and Times.