UK's renowned theatre company for youth PLAYBOX THEATRE returns this Fall!
Playbox and SMPlayhouse celebrate over 25 years of theatrical cultural exchange. Playbox Theatre is a professional creative organisation developing theatre for and with young people. Based at its own custom-designed complex in Warwick, it aims to develop the skills talent and confidence of young people in the performance arts through exciting and innovative methods. Founded in 1986 Playbox serves young artists and audiences across the Warwickshire and West Midlands regions with training and performance studios supporting its main creative base. Playbox Theatre places at its heart young people as artists and audience.
Playbox presents THREE exciting shows as part of our BFF! Book your tickets today! 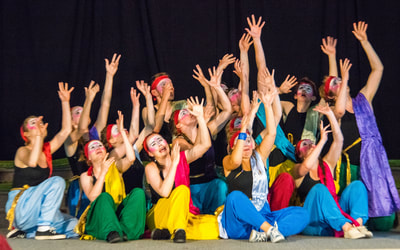 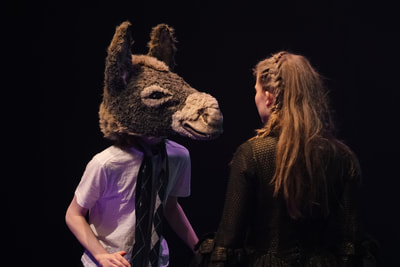 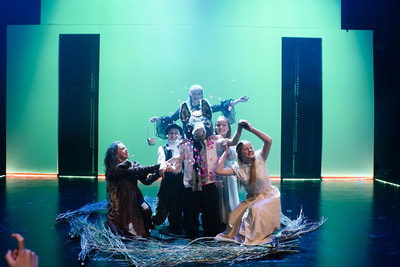 Monkey – Journey To The West:

​Playbox Theatre first staged the production in 2008 as a live-action animé Monkey – Journey To The West, based on the Chinese literary classic. Playbox Theatre’s production features a company of 26 young actors blending storytelling, dance, movement, acrobatics and strong visuals highlighting the popular, almost ‘animation’ based style. The epic journey of enlightenment is believed to be as important to the Chinese as Shakespeare or Dickens is to Britain. A version of the story inspired a cult 1980s TV show and ‘Gorillaz’ head-honchos Damon Albarn and Jamie Hewlett created an opera based on the story.

Read a review here! "The entire ensemble is tremendous but the show itself is the true star, all a-glitter and jam-packed with delightfully boisterous choreography set to a buoyantly catchy soundtrack – it’s a magically immersive treat for the eyes and ears and a proper cheeky heart-warmer into the bargain." Stratford-upon-Avon Herald

A story of love, confusion, magic and wonder, Shakespeare’s evergreen play has been presented across the ages in many styles and in many mediums. Directed by Playbox Consultant Stewart McGill, this production is ideal for the whole family, “Possibly the perfect Shakespeare play. Written for a wedding and celebrating love, harmony and the power of magic. With Guillermo del Toro’s The Shape of Water currently impressing worldwide moviegoers, it is fascinating to see the power of the fable from Shakespeare’s time to our own. The play has its dark elements and is full of strange magic… just imagine if the spirits of Elizabethan otherworldings could enter our world through a portal on Midsummer Night… and for a time, two dimensions co-exist beside the Pacific Ocean in Santa Monica. That’s our notion!”
Tuesday, October 30, 2018 at 7:00pm • Call 310-394-9779 ext 3 to book!
Tickets are FREE, but reservations are required.

Mustardseed’s Magical Mayhem is inspired by the chaotic events from A Midsummer Night’s Dream and is a participatory show for children aged 3-7. Mustardseed recently played to sell-out audiences at the company’s UK home in Warwick and for the famous Stratford Literary Festival. Children work and play with the fairy character of Mustardseed to prepare for the arrival of the Queen of the Fairies, Titania. This is a fully interactive theatre experience and always popular with young audiences and participants. Perfect "Parent & Me" experience!
Saturday, October 27, 2018 at 12:30pm & 2:30pm • Call 310-394-9779 ext 3 to book!
Tickets are FREE, but reservations are required. 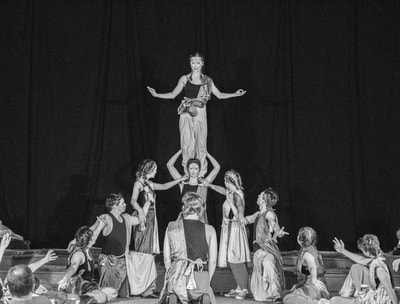 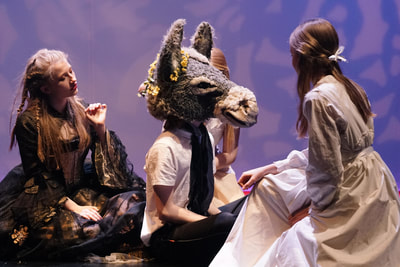 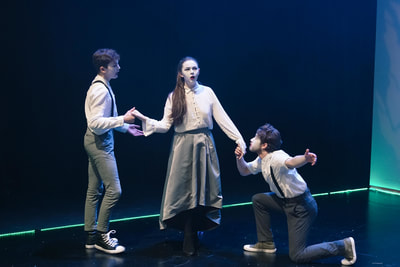