The Jewish Heritage Project is a program that supports the creation and presentation of productions and experiences that keep the unique richness of Jewish theatre alive, honor the historical and cultural importance of Jewish heritage, and insure that new generations of theatre-goers appreciate and celebrate the life experience of Jewish ancestry, literature and tradition.
Since its inception in 1960, Santa Monica Playhouse has been the standard bearer for Jewish theatre in Los Angeles. Its Jewish Heritage Program includes Jewish theatre and education experiences, touching the lives of over a million people with such critically-acclaimed premieres as Author! Author!—an evening with Sholom Aleichem (the longest-running Jewish musical in L.A. theatre), Rose Leiman Goldemberg’s Picon Pie: the Molly Picon Story, Diane Samuels’ Kindertransport and the Rae-Waldman-Wyse musical Funny, You Don’t Look Like A Grandmother (based on Lois Wyse’s New York Times best-selling novel).
​Over five hundred renowned artists have participated in Jewish Heritage events, including Barbara Minkus, Annie Reiner, Brenda Krantz, Sammy Shore, Renee Taylor and Joe Bologna, Jerry Mayer, Connie Stevens, Milton Berle and Groucho, Harpo and Bill Marx. 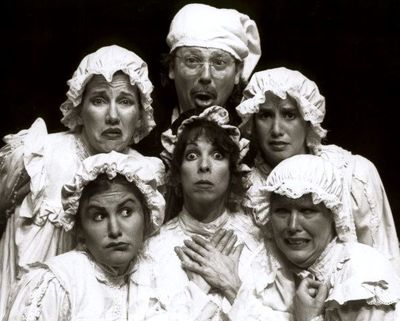 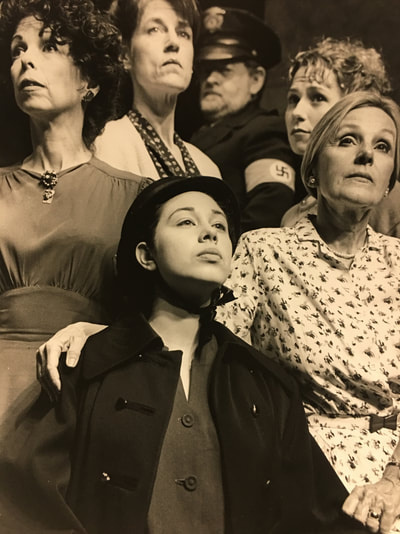 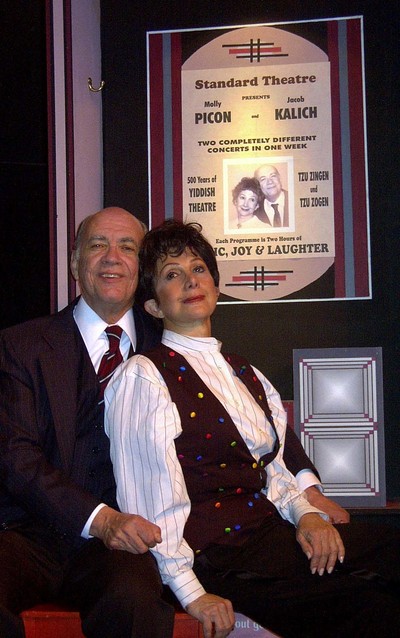 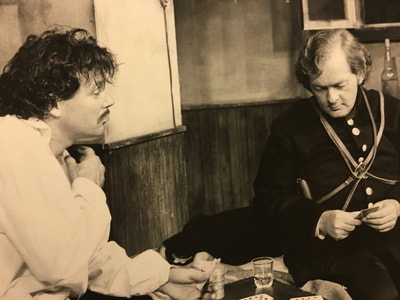 “I will never forget my evening with Sholom Aleichem and I thank you for bringing him so beautifully back 'To Life'.” Lillian Aderman Moller, second cousin to Sholom Aleichem 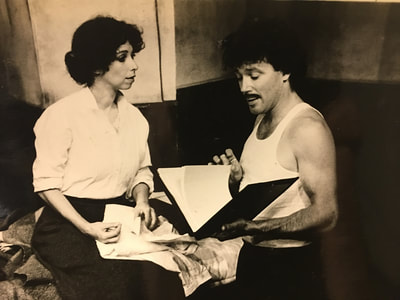 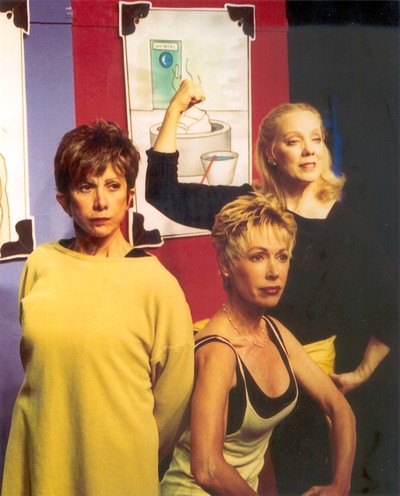 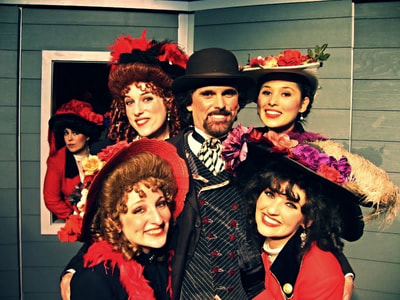 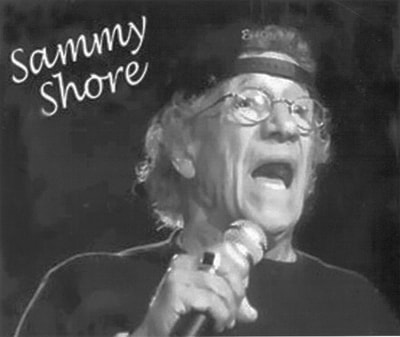 The great humorist and folk hero Sholom Aleichem dramatically and decisively opened the doors of literature to an entire people, utilizing the medium of the folk tale as a mirror of society, a reflection in which his readers might explore and examine their own identity, values, and social structure. His stories, simple and endearing, yet laced with bittersweet wisdom, introduced readers all over the globe to the joys and sorrows, traditions and heritage of his people with a universality so powerful that it made his writing enlightening, identifiable and highly entertaining to people from many diverse backgrounds and countries.
By 1916, the year of his death, more than 600,000 copies of his Tevyeh’s Daughters, upon which the world famous musical Fiddler on the Roof is based, had been sold in China alone. Parenthetically, as was the case with so many of his stories, there really was a Tevyeh. But he had no daughters. Today, in addition to their immense contribution to the field of pure entertainment, the stories of Sholom Aleichem have become a window onto another time and a way of life that has now passed from sight. And more, the characters and situations that Sholom Aleichem describes are recognizable to everyone, and his manner of storytelling so timeless and universal that it has transcended over a hundred years of social and cultural change, and becomes more appealing to audiences and readers with each coming year. 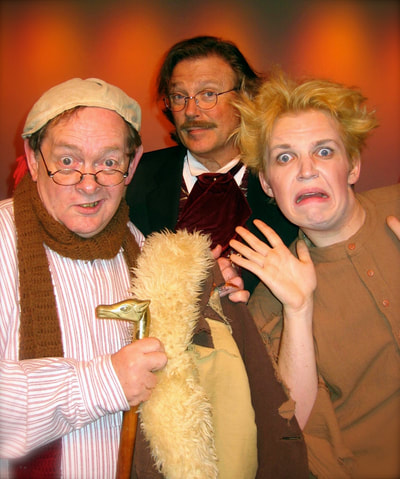 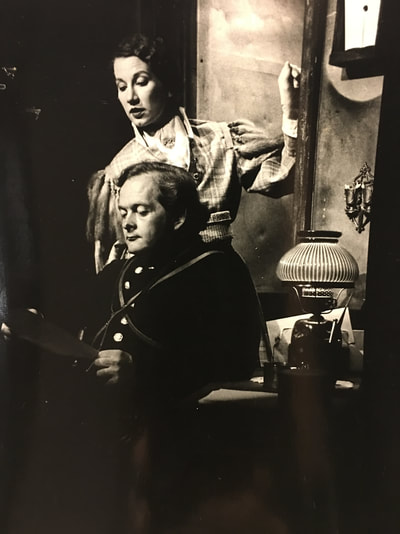 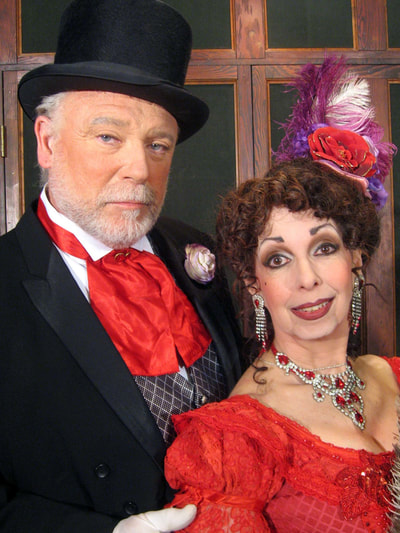 Read a Letter from A Fan

“Because of these Rudie-DeCarlo musicals, the rich heritage of the first author to write in Yiddish is freshly presented to enjoy anew.” Backstage

Author! Author! An Evening with Sholom Aleichem
Seen by more than a quarter of a million audience members to date and considered the longest running Jewish musical in Los Angeles theatre history. 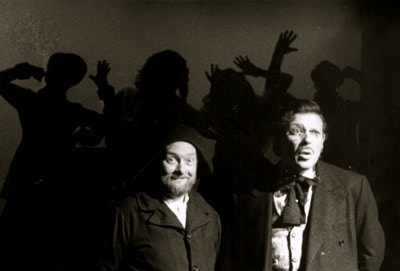 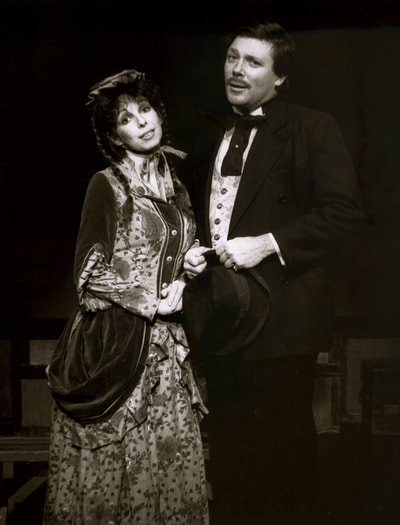 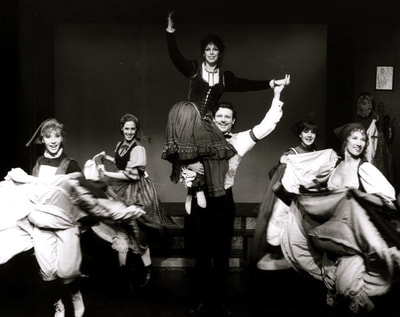 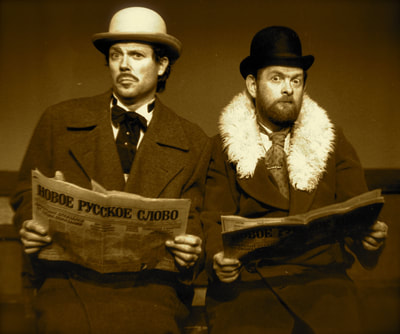 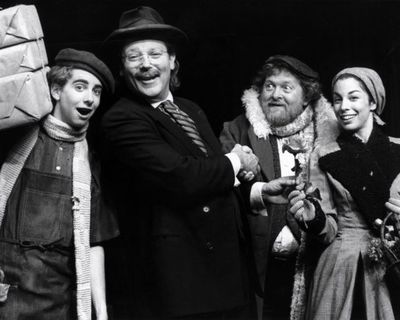 “A night of colorful, warm stories and song and dance that will touch your soul. Sholom Aleichem’s spirit comes alive again through Chris DeCarlo and Evelyn Rudie, who have created a memorable play. DeCarlo doesn’t just play Aleichem. He isAleichem.” The Good Life

“Like a bountiful mountain spring, the ardent affinity between Evelyn Rudie, Chris DeCarlo and the late Sholom Aleichem spills over Actors’ Repertory Theatre audiences in splashes of loving laughter. Beyond the boundaries of ethnic humor – though there’s plenty of that in The Great Fair – Sholom Aleichem on Tour – this musical revue is filled with generous samples of the master’s universal wit. The vitality and variety of Evelyn Rudie’s talents grow ever more impressive. Sholom Aleichem must truly have been as Chris DeCarlo depicts him: a man of infinite caprice and fantasy distilled in life’s sternest realities; at once a consenting cynic and a clear-eyed optimist; a man of great grace and irresistible charm. DeCarlo’s is a characterization to respect and to cherish.” Drama-Logue

Aleichem Sholom! The Wit and Wisdom of Sholom Aleichem

"They bring their decades of polished professional experience to create this tale, and their affection for the characters and the material shows through engagingly. DeCarlo’s Sholom Aleichem remains and abides, almost like a monument." Stage Raw